A wonderful place for spiritual and creative energies is the Niños prayer group (yeah, "neenyos," you got it). We've been meeting for more than TWENTY years now and it remains fresh: lots of fun; amazing prayer; miraculous answers; wonderful support and encouragement in our creative endeavors, including a handful of doctoral theses prayed-through and completed.

We are called The Niños because there was an El Niño weather system bringing in big weather drama early in 1998 during the first few months we started meeting and "niños" means "children." So, as children of God, we are grateful to be His Niños.

Tom Allbaugh's NEW newest book is a collection of short stories called Subtle Man Loses His Day Job and I, for one, am excited to read it! Check out the blurbs:

"In this collection of short stories, Thomas Allbaugh has created a cast of complex, fully realized characters: Neal, Winky, Phil, and others possess an inherent longing for the transcendent with no trace of sentimentality or predictability. When you walk into the Side Step Bar, where ordinary people discuss the ineffable, you will recognize your co-workers, your neighbors, and yourself. These tales will woo you, you will read and reread, and your rereading will be rewarded. Subtlety is only one of Allbaugh's many superpowers." --Susan Delaney Spear, poet, author of Beyond All Bearing

"These searing stories feature characters you'll both love and pity. Allbaugh writes with the sharp vision of a prophet who has seen the edge of the world and come back with a sorrowful yet honest report. If you lend your attention to this book, it will repay you a thousandfold." --John Matthew Fox, author of I Will Shout Your Name

"Thomas Allbaugh's richly drawn stories take the reader to places of longing, regret, loneliness, awkwardness, friendship, faith, and love. This is powerful storytelling about people who seem so real that you'll feel you already know them. Told with subtle humor and a vivid sense of place, these stories will stay with you long after you finish them." --Joseph Bentz, author of A Son Comes Home

Diana Glyer has been busy updating all her Clay in the Potter's Hands series of books, including a bilingual English/Spanish workbook to assist churches with bilingual congregations to study together. See below for the entire run.

Tom Allbaugh's second newest book is a collection of poems which "traverse icy Michigan and mild California, the airport and the hospital, meditating on our need for community and belonging even as environments grow strange... These poems invite a rereading and deserve to be read aloud. There is a tenderness in them that makes them approachable, a sharpness in imagery that keeps them from being overly elusive. There is pain here. And there is joy." (Derek Updegraff, author of Paintings That Look Like Things).

Joe Bentz's newest book explores some of the most life-changing New Testament scriptures and demonstrates their ability to touch all types of people, even those who don't believe in Jesus.

Dave Milbrandt's third novel in his "Jim Mitchell" series has just been released.

Chasing Deception is Dave's first novel and introduces the character of Jim Mitchell; he follows up with a second Jim Mitchell novel, Undue Pressure.

Tom Allbaugh's first novel, Apocalypse TV, has been published by eLectio Publishing and is available in trade paperback or digital formats.

Featuring a behind-the-scenes reality TV setting, Walter is dragged across the country in an increasingly frustrating and absurd series of challenges and finds he's been misquoted, misinterpreted, misunderstood, and then shot - and that's just the first half of the story.

This is something of a "popular" version of her wonderful scholarly work, The Company They Keep, looking at C.S. Lewis and J.R.R. Tolkien as writers in community but focusing less on the scholarship and more on the nature of collaboration - and how we can "do what the Inklings did."

Joseph Bentz is one of the "original Niños" —along with Mike and Diana Glyer, Laura Simmons, and myself— and when the group started he'd published one book and had another under consideration. Now Joe has a veritable stable of successful books, both fiction and non-fiction.

Joe's latest book is 12 New Testament Passages That Changed the World from The Foundry Publishing.

Released in 2015, an updated version of his first book, Dreams of Caladria, and the premier release from Enclave Publishing.

Recently Joe contributed six chapters to a small-group curriculum series called Named. He wrote chapters on Joseph, Moses, Joshua, the Man Born Blind, the Gadarene Demoniac, and Andrew. To quote from the website, "Named is a 6-week small-group resource like no other. Through imaginative retellings of familiar stories from Scripture, powerful videos, and thought-provoking discussion questions, small groups can explore the mysteries of faith together and learn how God's story finds its place in each of them." 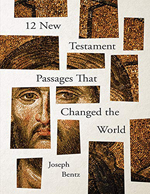 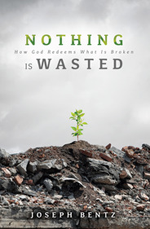 
Diana Glyer is the one God gave the vision for the Niños; she has always had a strong sense of community and understands that God built us for relationship - both with Him and with each other. One of our regular prayer focuses in the early years was Diana's award-winning book, The Company They Keep: C. S. Lewis and J. R. R. Tolkien as Writers in Community - a piece of truly inspiring scholarship that every writer would benefit from reading. If you also happen to be a fan of Tolkien or C.S. Lewis or Charles Williams, well, all the better!

New podcast interview with Diana by William O'Flaherty at All About Jack.

Diana's newest book is Bandersnatch, a closer look at the collaborations of C.S. Lewis, J.R.R. Tolkien, and all the Inklings.

Clay in the Potter's Hands, a book on spiritual formation and Christian growth using the God-given analogy of humans as clay in God-the-Potter's hands. No bias here but it's a wonderful book!

Here is a nice interview with Diana on The Tolkien Library website and here are some of my thoughts on my blog. 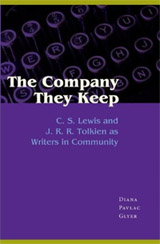 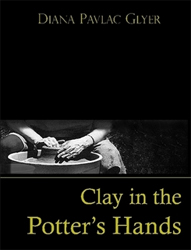 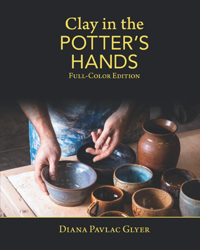 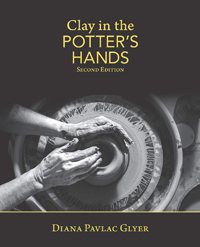 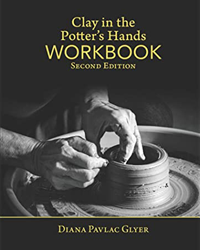 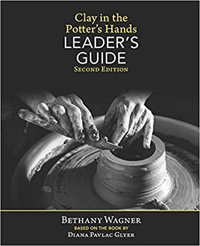 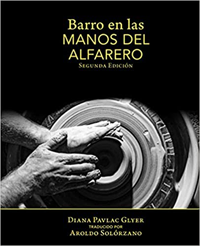 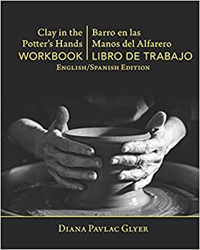 Thomas Allbaugh is another talented Niño: End of September, 2020, Tom's short story collection, Subtle Man Loses His Day Job was released and January of 2020 saw the release of a poetry collection, The View From January. Tom's first novel, Apocalypse TV, was published in September of 2017, available in trade paperback or digital formats from eLectio Publishing. He has also written a textbook, Pretexts for Writing, now updated in its second edition. Tom is a gifted worship leader and teaches English at APU. You can read his blog at Plainclothes. 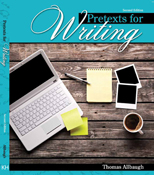 Laura Simmons is one of the "original Niños," along with Diana & Mike, Joe, and Lynn, and her excellent book, Creed without Chaos: Exploring Theology in the Writings of Dorothy L. Sayers has been reprinted by WIPF and STOCK publishers; there may still be some of the original printing available through Amazon. It was developed from her doctoral thesis and, while she's moved out of state to be a professor at George Fox Theological Seminary and thus is no longer a regular Niño, she is always in our hearts (and emails!) and we were thrilled to be noted in her thanks. The current cover and the original cover, both with links, are presented below.

Monica Ganas has published her first book, Under the Influence: California's Intoxicating Spiritual and Cultural Impact on America. We've heard her read excerpts out loud at our "Grateful Hearts" celebration and it's brilliant.

The Niños have supported, encouraged and prayed powerfully for me through the years. Fruits of this group in my life include my musical based on the book of Ruth, House of Bread and the 2010-2020 (that's ELEVEN years!) companion calendars to Diana's Clay in the Potter's Hands book; some images are viewable on the Clay in the Potter's Hands Facebook page. I've also written several pieces of short fiction for the Niños' annual Christmas book; I've posted these on my Fiction page.

In 2019 the Niños provided lots of essential prayer-cover for me as I chaired Mythcon 50, the fiftieth annual conference of the Mythopoeic Society. Several years earlier one of my big projects was a complete rebuild of the Society's very large website (The Mythopoeic Society). Before that I created a large website for my friends Suuqiina and Qaumaniq's ministry, Indigenous Messengers International. Please take a look; they have a fascinating story and it's told with lots photos. In late 2013 I created a web site for Castle Summitrose, the same folks who had been happy with my web work for Rocky Cola Cafe, a charming neighborhood cafe which finally closed their doors after 20-some years.

I sold the 2015, 2016, and 2017 Clay in the Potter's Hands companion calendars here, a page on my site replicating Diana's old clay and potter site; you can see images for some months on that page and view all the earlier calendar images on Flickr. 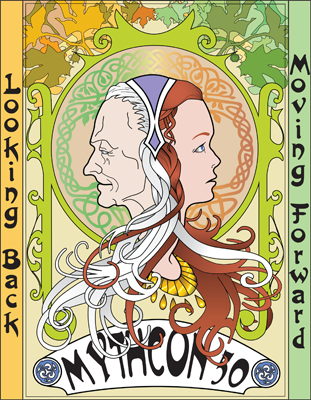 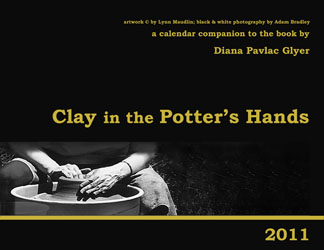 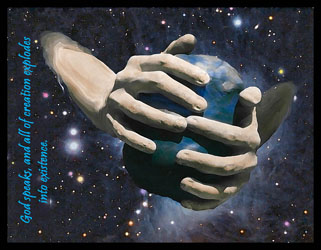 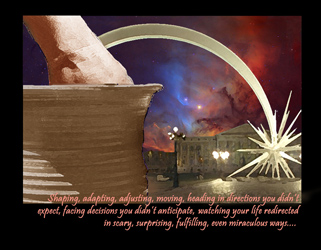 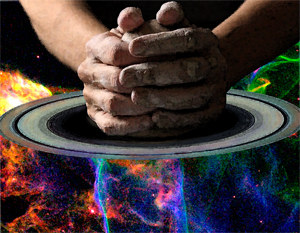 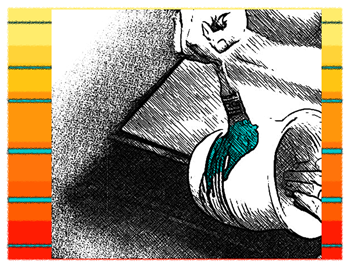 
The Niños write a lot but we also read a lot; some of our fun occasional projects have been book discussions:

We Niños read and discussed G.K. Chesterton's Orthodoxy over the summer of 2013.

Creativity: Flow and the Psychology of Discovery and Invention
The book we read over the summer of 2012,
by Mihaly Csikszentmihalyi.

The book we discussed over summer, 2011: Gilead: A Novel by Marilynne Robinson.

I think we discussed Malcolm Gladwell's Outliers in 2009.

I really enjoyed our discussion of Stephen King's
On Writing: A Memoir of the Craft.